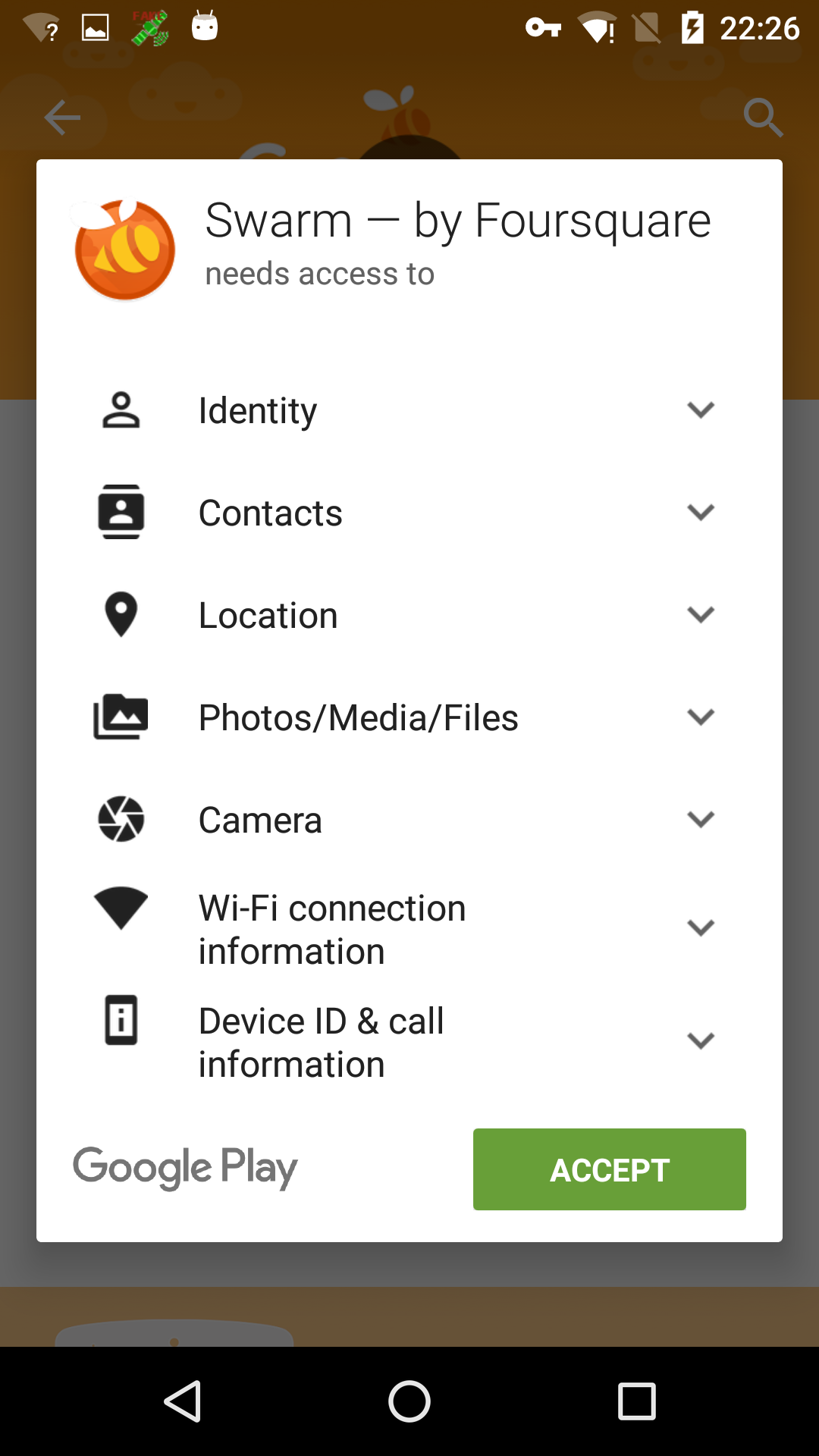 On marshmallow, story is little bit different - it kinda looks like what iOS does. Official android developer website has a dedicated section for permission handling: Working with System Permissions.

When I try to get this new stuff work in practice, two things worth some elaborations: Never ask again and pre marshmallow handling.

The new permission workflow works like following. Suppose, there is a button that you could press to make call.

And when you press the call btn first time, it would prompt: 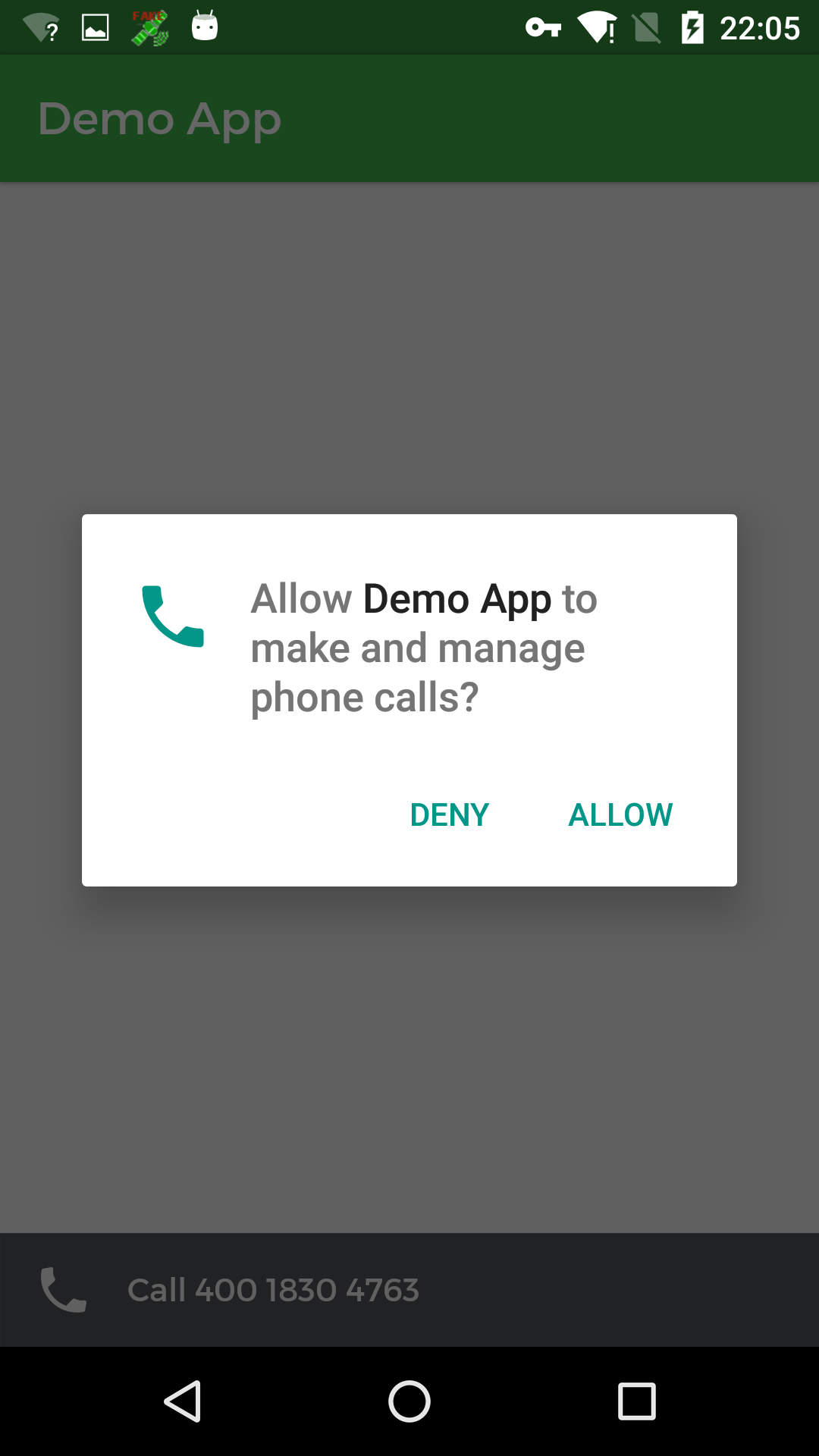 If you choose ALLOW, it would just go and call like pre marshmallow; If you choose DENY, it means you have denied permission for user to access, then better we’d show an alert to guide user what’s going like following screenshot: 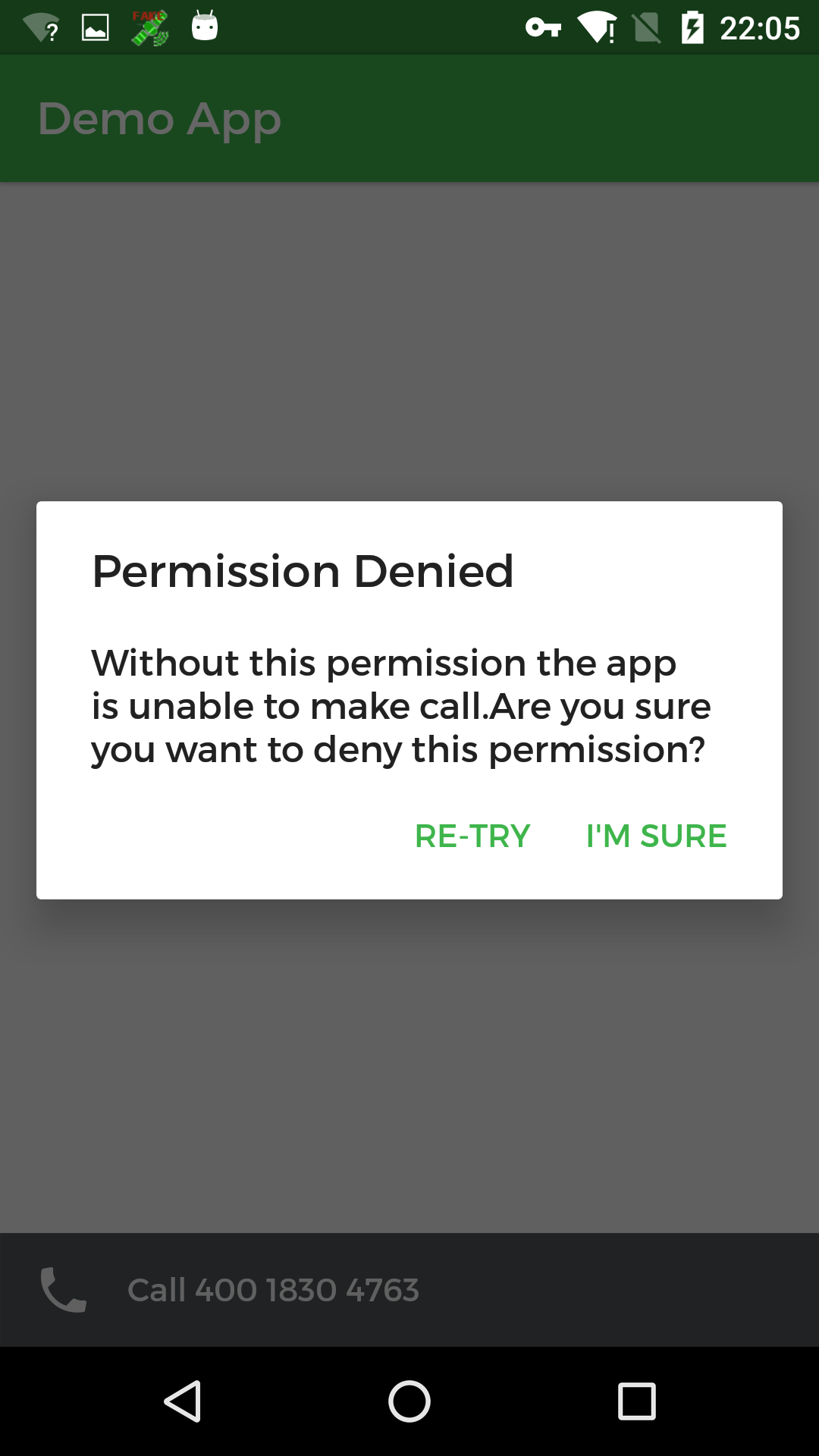 The idea here is, so user has denied permission, we need provide some explanation(i.e. rationale) to tell user why we need it. Also we provide two actions: Retry and I’m Sure. Click Retry, it would prompt permission asking alert again; Click I’m sure, then it just dismiss silently because user has explicitly known what he is doing.

So if you clicked Retry or you press call button second time, the permission requesting window will have an option: Never ask again. 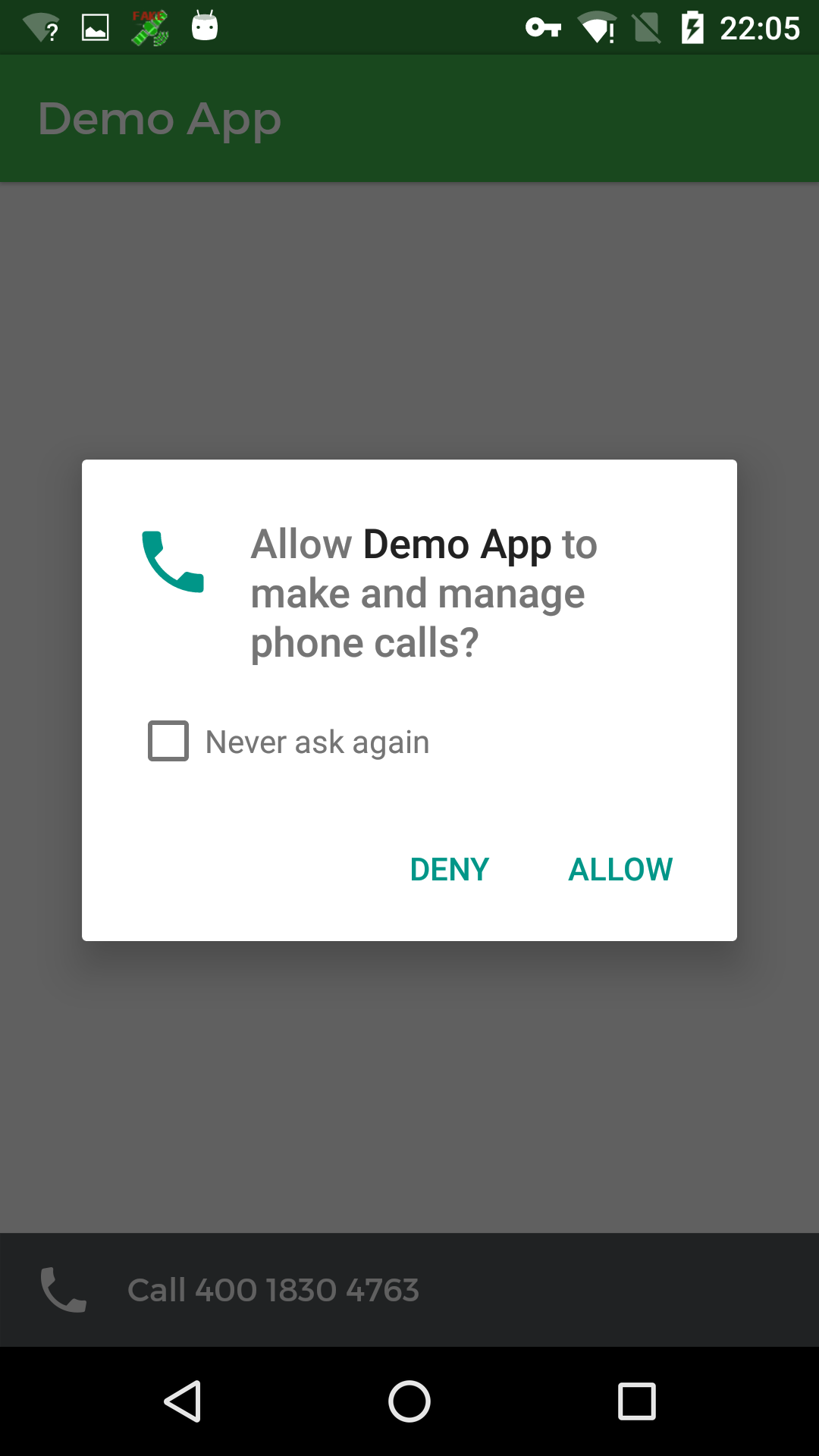 So if shouldShowRequestPermissionRationale returns false, we will display an alert for go to app settings to allow user manually toggle permissions. 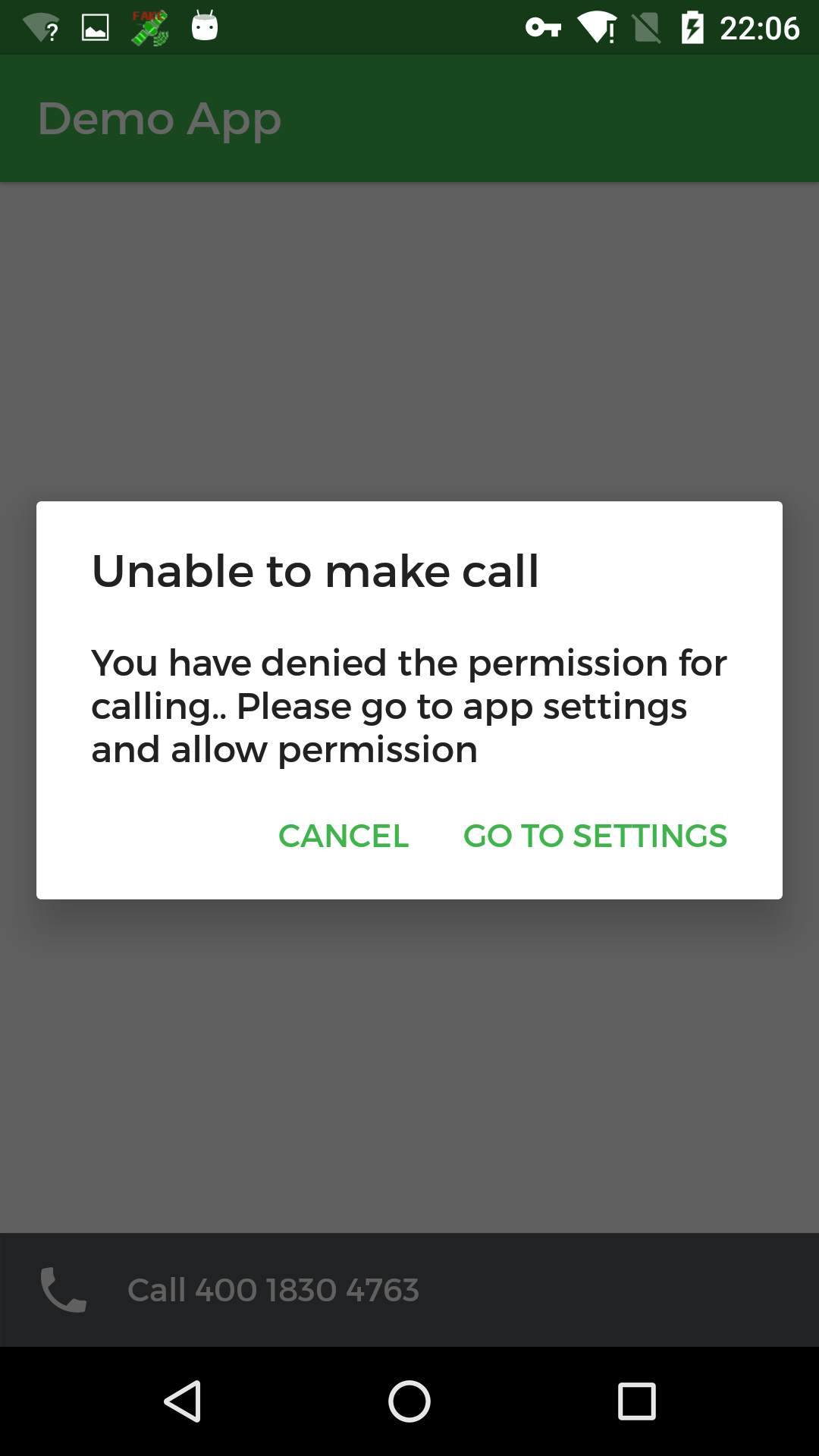 when shouldShowRequestPermissionRationale return false, it could be either user request permission first time or user has denied with Never ask again before. Hence we need modify request code a little bit:

Then in activity, you could use like this way: