The goal of this article is to take a input video(e.g. green background video), do some magic in glsl(e.g.remove green color component), then write the output to a video on disk. 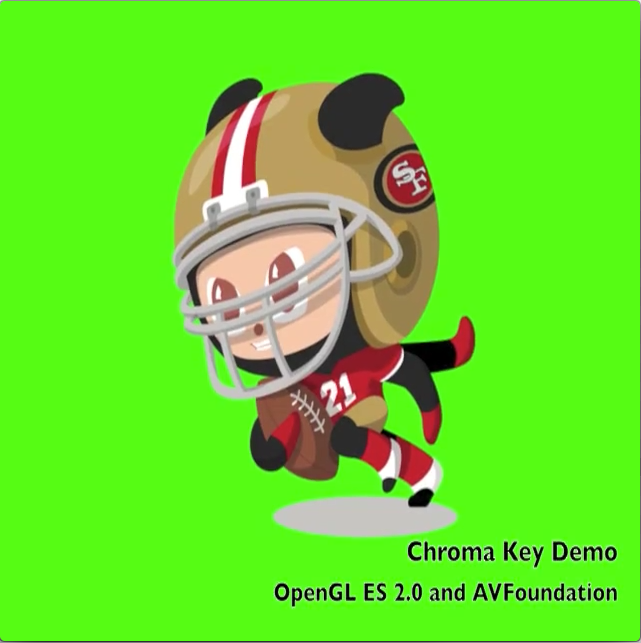 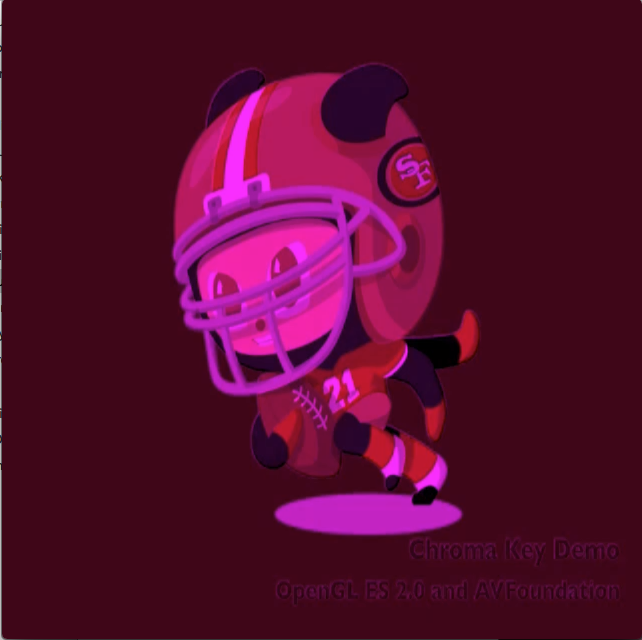 Note: this will invovles lots of coding, I will break into reasonable section with comments to make it clear.Before we jump into the code, I highly recommend you to watch WWDC 2011 video 419 ‘Capturing from the Camera using AVFoundation on iOS 5’, which covers how to combine AVFoundation with OpenGL ES so that it would be much easier for you to understand what following is about.

We will have a video reader and video writer class to carray each’s responsibility.

For video reader class, its responsiblities are:

For video writer class, its responsiblities are:

In step5(kick off recording), we will pull each frame from reader, then upload it to GPU with returned texture pointer, pass that pointer to GPU with name we defined in GLSL, render it, get back the pixel buffers mapped from final output of GPU, write that pixel buffer to our final destination video. 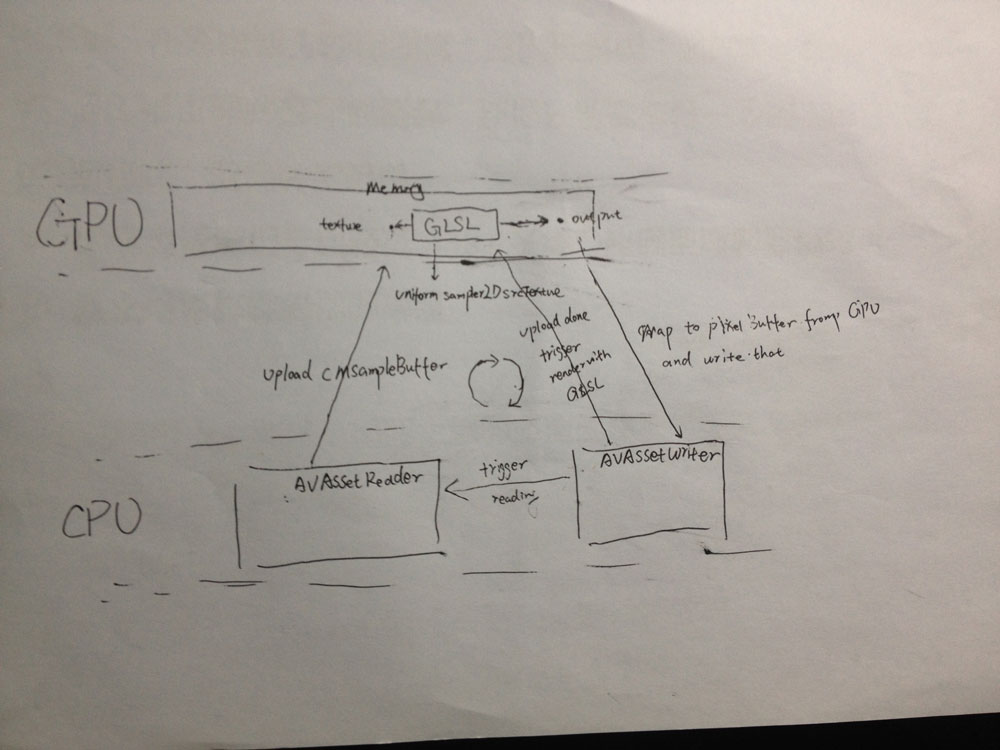 Note: video writer setup and warm up is more complicted than reader slightly.

This is key part of whole thing:

The renderNextFrame in video reader shows how to read frame and upload to GPU:

FrameRenderOutput is just simply data object to hold some intermediate information about frame:

Here is the vertext file:

very simple. And fragment shader is :

That’s it! Give it a run, you should be able to see final result.